The Aero Club of India (ACI), then known as Royal Aero Club of India and Burma Ltd., was inaugurated in the year 1927, along with Directorate of Civil Aviation (DCA). Since its inception and till independence (1927-1947) the DCA and Aero Club worked in close cooperation.

The Club was affiliated to the Royal Aero Club as well as to the Societe Aviation Internationale.

To mention a few

ACI has actively participated by providing support and facilities to the notable air races between England and Australia. It was the authority to issue carnets and obtain diplomatic permits for certain countries. The Aero Club was also authorised to issue licenses for arms, cameras and wireless. It was the recognised body to supervise and issue regulations for Flying Meets and to take official records of test flights in the country.

The Aero Club functioned as a branch of the Royal Aero Club of Great Britain till independence. It has been headed and patronised by the heads of Government of India and has always enjoyed official support and patronage since its inception.

After India became independent in 1947, the Club was re-constituted as the Aero Club of India Ltd.

Currently Capt Rajiv Pratap Rudy, Member of Parliament is the President of Aero Club of India and Shri Milind Mahajan is the Vice-President.

Some of its members have been conferred with National Awards for achieving, distinction in Aero Sports. The achievements of many Indians have been recognised by FAI, these can be found listed on the FAI website and ACI's Hall of Fame. 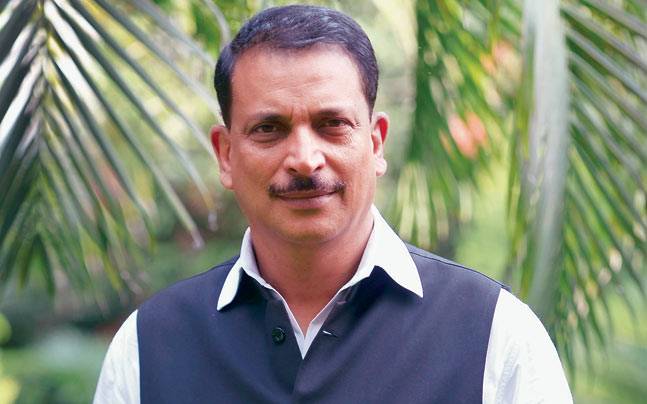 Commencing his political career as a student union leader, Captain Rudy is an eminent political leader in India. He has served as a Union Minister of State for Skill Development and Entrepreneurship (Independent Charge) and Parliamentary Affairs in Shri Narendra Modi's government.

Capt Rudy served as the Minister of State for Commerce and Industry during his earlier tenure as a Union Minister during Atal Bihari Vajpayee's government. He was elevated as the Civil Aviation Minister with Independent Charge in 2003. He has served 5 terms in Parliament which includes his tenures both in the Rajya Sabha and Lok Sabha.

He was first elected as an MLA from Taraiya constituency in his home state of Bihar in 1990. Capt Rudy has served in various organizational roles in his party including the National Spokesperson and the National General Secretary in his political career spanning over 27 years.

He is credited as the lone Parliamentarian on the globe operating Airbus-320 commercial jets, flying with one of the largest airlines in India. His name also figures in the Limca book of World records. He has a distinction of having flown a Sukhoi 30-MKI, the Rafael fighter Jet and Gripen, a world class supersonic fighter Jet.

Professionally, he is a teacher of economics and has had a stint as a Legal Counsel. His tenure in Civil Aviation witnessed comprehensive reforms in India, where its footprints can still be observed even today. He has been the first Minister of Skill Development in Government of India and has successful established a robust Skill eco-system.

He completed his schooling from Patna and subsequently graduated in law from Punjab University, post his graduation from Government College, Chandigarh. He currently represents the Parliamentary Constituency of Saran in Bihar.

Aero Sports encompasses all sports activities in the medium of air right from Aeromodelling to Space Travel and occupies a unique position in a very large number of Countries. Competitions, Meets, Seminars rallies and races are held regularly every year in various branches of aero sports at National and International levels. Apart from these events attempts are made for establishing world Records in many fields of Aero sports in distance, speed, altitude and duration of time and accuracy etc.
The main aim and objectives of ACI are:

To encourage, protect and develop the study and practice of Aeronautics and Aviation in India and to provide a Centre of Information and advice on all matters pertaining to Aeronautics;

To provide an All India authority to organize all Competitions, sporting events and controls in connection with Aero sports in India;

To ensure, as the representative of FAI in India, that the rules and regulations and standards prescribed by FAI for the conduct of the Aero sports Competitions, are compiled with;

To supervise and accord recognition to record making flights and maintain National Register on records.

To endorse competitors enabling them to participate in International competitions under various FAI categories.

Create airmindedness and passion amongst children about aerosports in India

National Adventure Awards (renamed as Tenzing Norgay National Adventure Awards) have been instituted as the highest national recognition for outstanding achievement in the field of adventure activities on land, sea and air. A provision has also been made for a Life Time achievement Award to persons who besides individual excellence have devoted themselves to the cause of promotion of adventure.

Outstanding performers in the field of adventure activities on land, sea and air are selected for Tenzing Norgay National Adventure Awards. The Award comprises of bronze statue, a scroll of honour, a blazer with silken tie and a cash award of Rs 3.00 lakh.

Following dignitaries have been honoured with the prestigious Tenzing Norgay National Adventure Awards: